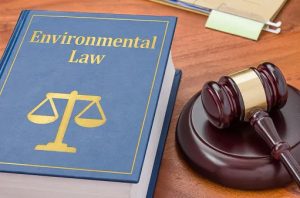 Following the U.S. District Court for the District of Arizona’s ruling on Monday to remand and vacate the Navigable Waters Protection Rule (NWPR), which defines the “waters of the U.S. (WOTUS),” the U.S. Environmental Protection Agency (EPA) and the U.S. Army Corps of Engineers (Corps) released a joint statement on EPA’s website today stating “the agencies have halted implementation of the Navigable Waters Protection Rule and are interpreting ‘waters of the United States’ consistent with the pre-2015 regulatory regime until further notice.”

This unilateral decision by the agencies, without public input, means that landowners must immediately follow the federal definition of WOTUS that existed prior to both the Trump and Obama administration’s WOTUS rules.

While the agencies reiterated their commitment to change the regulatory definition of WOTUS under the Clean Water Act (CWA) announced in June, that effort is expected to take more than a year to complete. As previously reported, NAHB Senior Officers, members and HBA staff testified at a series of hearings throughout August to voice their support for retaining the NWPR and thereby avoid having the agencies revert back to asserting federal control over non-navigable and isolated wetlands, ephemeral streams, and roadside drainage ditches.

NAHB urges the agencies to reconsider this decision in light of previous problems with the pre-2015 WOTUS rule, including:

NAHB is exploring all options to limit this federal overreach, as well as the challenges this reversion to the old rules will create. We will continue to keep members updated on further developments and provide additional guidance once it becomes available.